One night, months before Britton was born,  Chris and I were laying in bed talking. We were discussing all the changes that would come with a new baby. It didn’t take long before we started mentioning needs: a crib, baby clothes, pacifiers, diapers and… Wait! Diapers? Oh man! I forgot all about changing those stinky things. You know what else we’re going to NEED?! A good diaper pail.

I remember having one when Sebastian was born. It worked well but some of the times you could still smell diaper odor in the nursery. And of course, we no longer had it. So I started shopping for a diaper disposal system for Britton and discovered a pail by Tommee Tippee that’s very impressive. 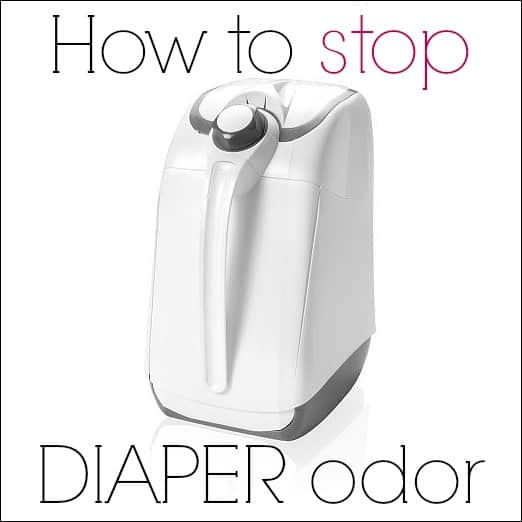 It’s called the 360° Sealer Diaper Disposal System. Why 360°? Because it seals each dirty diaper all the way around in an antimicrobial film, which in turn helps to lock in odor. After the film is easily installed, there’s only four simple steps to stop diaper odor in it’s tracks! 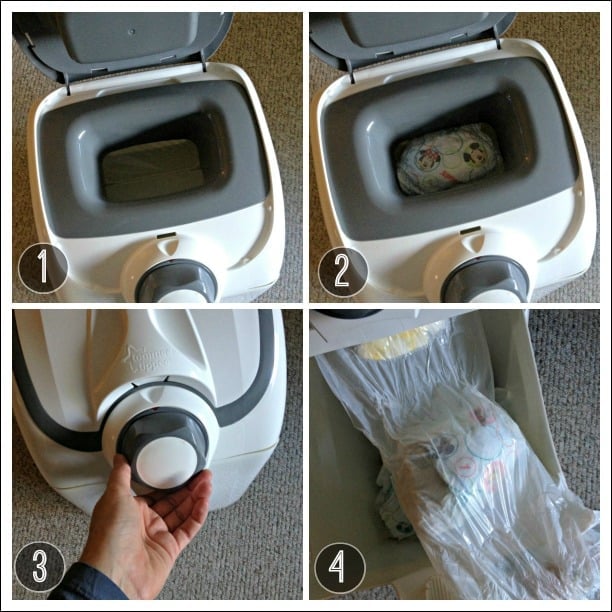 1) Open the lid to the sealer.

2) Drop the diaper in the top and close. 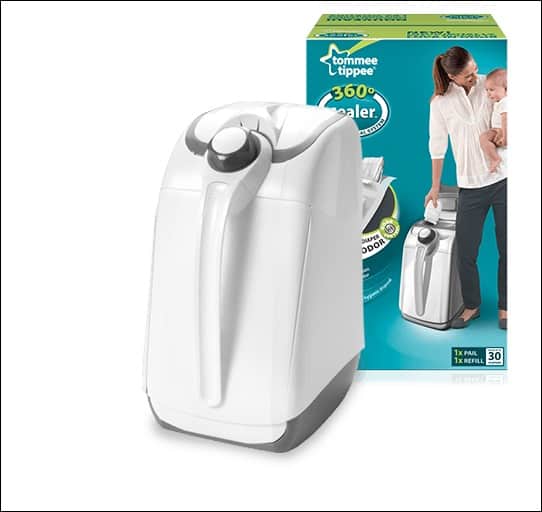 Oh, how I love that slide drawer! It makes it so easy to carry the diapers to the garage trash cans. If you’re shopping for a diaper pail, I really recommend getting the 360° Sealer Diaper Disposal System. Your nose will thank you! 😉

Do you use a diaper disposal system? Any tips to share on stopping diaper odor?

Disclosure: I received a 360° Sealer Diaper Disposal System in exchange for my review. As always, all opinions expressed are completely my own. I only recommend products I would use myself!